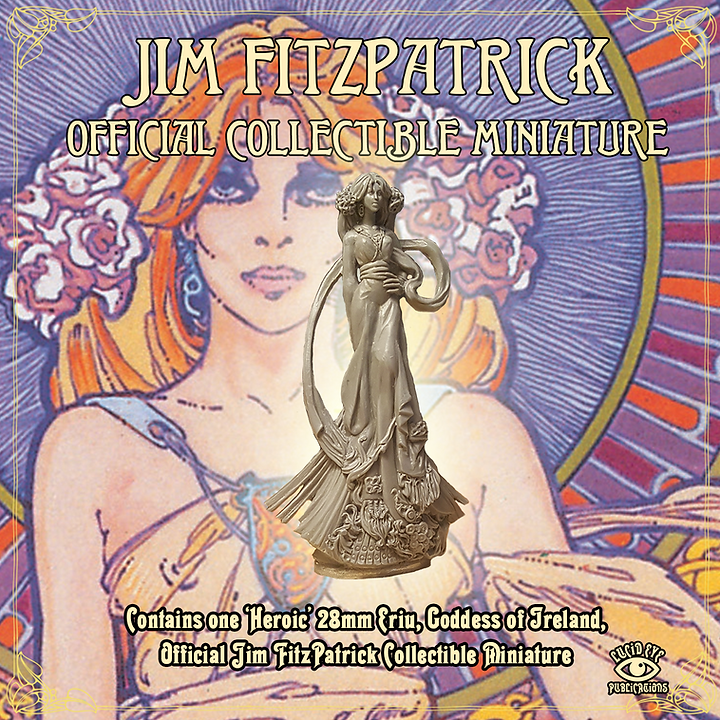 Ériu was a goddess of the mystical Tuatha Dé Danann, one of the earliest tribes of invaders to conquer the isle known as ‘The Wooded Isle’, and much later as Éireann (the country of Ireland), named in honour of the great goddess herself. Ériu was also one of the three divine eponyms of what is now Ireland and gave her name to the Island, while ruling as a triple goddess with Banba and Fodhla up to the time of the Milesian invasion in pre-history. - Jim FitzPatrick