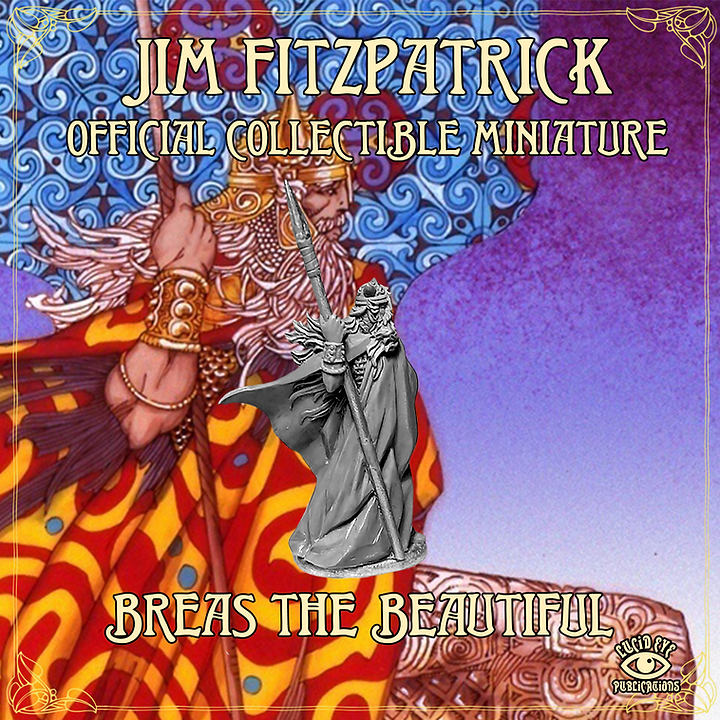 The miniature is a one piece 28mm 'Heroic' White Metal Miniature, supplied with a display base.

'The son of a Fomorian but reared amongst his mother’s race, the Tuatha Dé, Breas the Beautiful was one of the greatest champions of the Tuatha Dé Danann and was a powerful battle commander at the First Battle of Moytura. After that decisive battle, he replaced Nuada as king after Nuada lost his arm in combat.' - Jim FitzPatrick