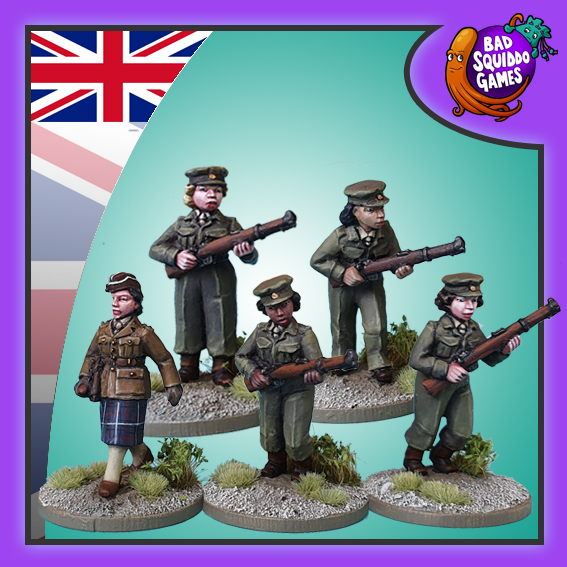 Four ladies in standard ATS gear, and an officer with a pistol and swagger stick.

The ATS (Auxiliary Territorial Service) was formed in 1938. Initially, the only jobs available were cooks, clerks, orderlies, store women or drivers. But eventually there were over a hundred different roles in the ATS, including serving in anti-aircraft batteries. More than 250,000 women served in the ATS during the Second World War, making it the largest of the women's services.

While women were forbidden from combat, it wasn't unusual for female members of the forces to be taught how to handle a weapon, as part of standard army practice as well as "just in case" a German invasion of Britain happened. These minis could be used to show them in training, or in town and village defence scenarios, as well as brilliant all round 40's style women with rifles for all manner of pulp and sci fi!