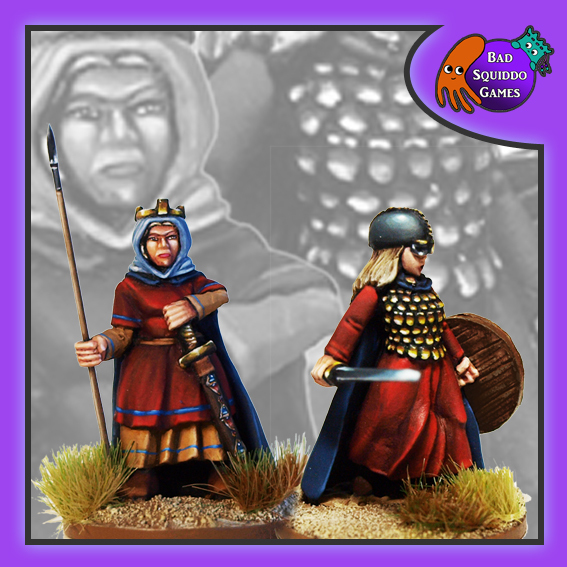 He is roughly 35-40mm tall, and is supplied with a 40mm round mdf base. Made out of high quality resin in two parts, so will require assembly (take the usual resin precautions!) He comes unpainted, display model in the main picture is by Workbench Warriors

So now the boring bits are out of the way…. what’s going on?! What is this?! Well this is Baggy, official DBL mascot, but kinda the boss, kinda the tea maker too. Boundaries are blurry here. He yells at me, but I pay him, I guess he’s the manager.

He’s usually fairly quiet though, and really does not enjoy the attention he attracts from his nemeses – the SQUIDDOS! For years they have tormented him, chased him, teased him. One time he fell asleep and they wrote “loser” on his back with marker pen and took photos.

But everyone has their limits. Even Baggy. So the timebomb has ticked it’s last tock, and then exploded everywhere. Nobody is safe. Actually, everyone is safe. Just not squiddos. He is going to get each and every single one of them, and noogie them like they have never been noogied before!