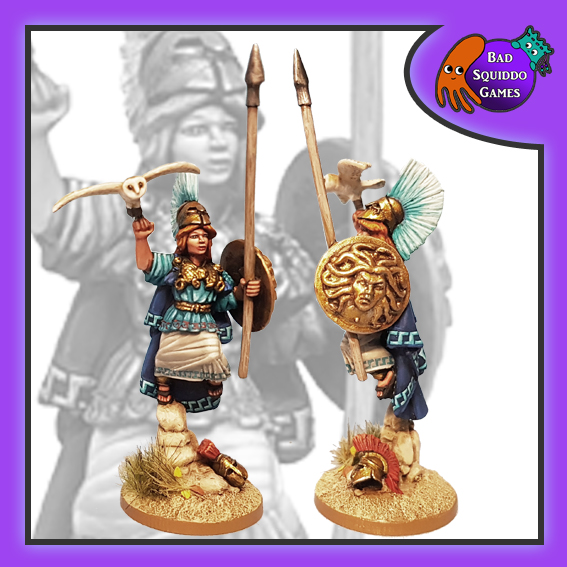 Greek Goddess of Wisdom and War

Athena, also referred to as Athene, is a very important goddess of many things. She is goddess of wisdom, courage, inspiration, civilization, law and justice, strategic warfare, mathematics, strength, strategy, the arts, crafts, and skill.

She is known most specifically for her strategic skill in warfare and is often portrayed as companion of heroes and is the patron goddess of heroic endeavour.

Athena was born from ZEUS after he experienced an enormous headache and she sprang fully grown and in armour from his forehead. She has no mother but one of the most commonly cited stories is that Zeus lay with Metis, the goddess of crafty thought and wisdom, and then swallowed her whole as he feared she will give birth to a child more powerful than him because of a prophecy – but she had already conceived.