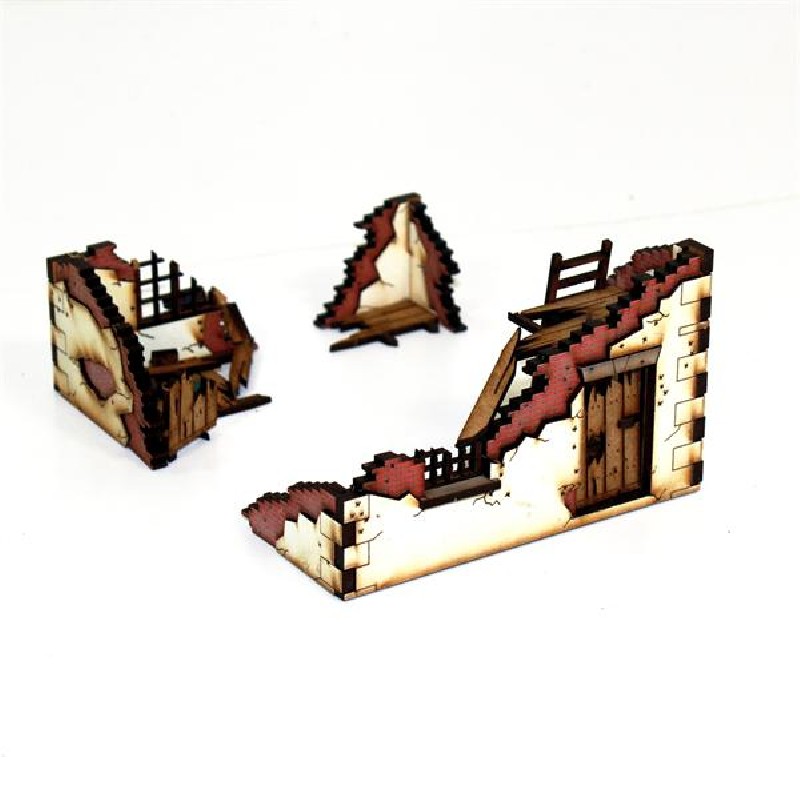 The streets of Normandy, Bastogne and Holland have been ruined by constant fighting. There are little more than the ground floors of these buildings left for men and machines to fight over.

This wonderful terrain pack contains enough pieces to make 1 long ruined wall with 2 returns and 1 ruined corner. This could be a single building or part of a huge city fight. This kit has many pre-painted parts and, as you would expect from 4Ground, comes to you with high levels of detailing. The walls have seen a fire fight or two with exposed brick, damaged cills, damaged headers and damaged doors as well as rubble strewn around.

Each corner or wall section is a separate piece of terrain allowing you to use them to make an interesting battlefield easily.

This sort of building is not just suitable for WWII. Buildings like this became more and more common from the 1700’s onwards, making 4Ground's World At War range very versatile terrain.